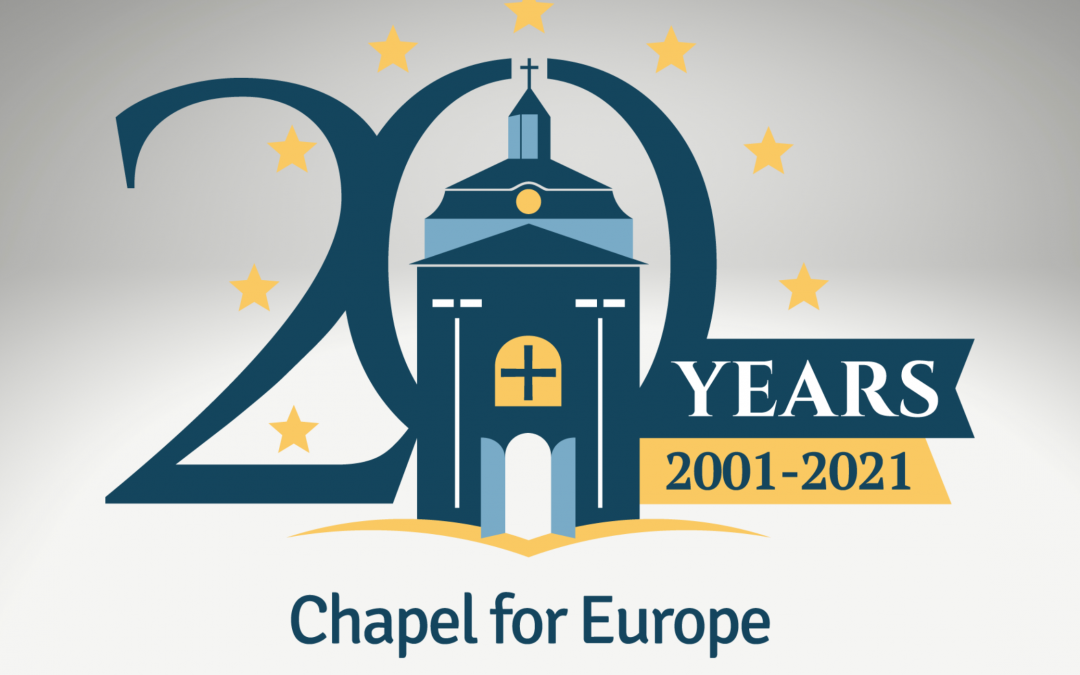 We have the pleasure of inviting you to join us in celebrating the 20th Anniversary of the Ecumenical Inauguration of the Chapel in the service of the European milieus on Wednesday 22 September 2021 at 19:00.

A celebration of thanksgiving will be conducted by the leaders of the Orthodox (Ecumenical Patriarchate), Armenian Apostolic, United Protestant, Anglican, and Catholic Churches in Belgium.

Due to sanitary measures specifically in Brussels by the Belgian Government, only a small group of 30 people could be invited to attend the celebration in person.
We would be very happy if all the Chapel´s friends join us virtually via lifestreaming on our YouTube channel.
This is the link: