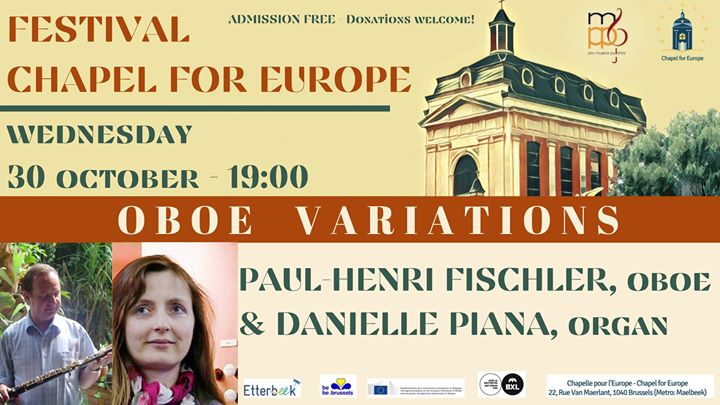 Danielle Piana, creator and Artistic Director of the Mini-Festival d’Orgue d’Etéat Chant d’Oiseau, and the Vocal Ensemble “RéBécarre-Clerlande”, she also spends the Choir “La Noucelles” (Braine l’Alleud). She is a teacher dedicated to her students, a specialist in accompaniment, with keyboards or orchestra, known for her artists’ masses and the accompaniment of the laureates with orchestra, a tireless discoverer of talents to be confirmed and put in value and by the major productions she conducts with chorus and orchestra (Carl Orff’s Carmina Burana at the Palais des Beaux-Arts with 200 choristers and symphonic orchestra). She holds a dozen different diplomas from various Belgian Conservatories. She carried her organ studies at H. Schoonbroodt, after the Academy course at R. Wiltgen. She graduated in the class of J. Ferrard and perfected in organ at St. Deriemaeker, J. Verdin, A. Froidebise, L. Bastiaans, A. Isoir, and B. Lagace… Concerts in Belgium, Europe and Turkey, cd-recordings, radio and TV broadcasts, continuo in various ensembles. She is currently professor of organ, piano and singing, and conducts the choirs and orchestra of the Muziekacademie of Woluwe-Saint-Pierre. Titular organist in NDG at Chant d’Oiseau and Notre Dame de Stockel