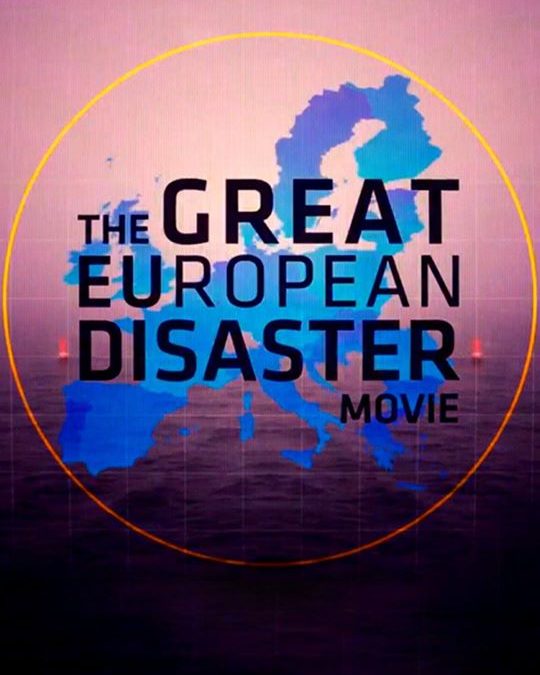 The Great European Disaster Movie depicts a Europe sleepwalking towards disaster. The film pairs an imagined dystopian future with insightful, cross-national analysis by experts and by ordinary citizens alike. It frames Europe through the eyes of those who are most important to its success: Europeans themselves.

Co-produced by the BBC and Arte, The Great European Disaster Movie (2015) has been watched by over 2.5 million viewers in 12 countries and has been translated into 10 languages, including Farsi and Japanese.

Film in English with English Subtitles

Plot:
At 35,000 feet, sometime in the not-so-distant future, eight year-old Jane Monnetti sits on a plane to Berlin, headed into a menacing storm.

But all is not well at ground level. The European Union has collapsed, and countries that collaborated happily at the start of the 21st century are regressing into a fractious collection of competing nation states.

Scared by the turbulence, Jane strikes up conversation with an archaeologist beside her, Charles Granda. He is about to give a lecture on the EU, something she has never heard of.

In Charles’ suitcase are five artefacts, evoking five stories for Jane about what the EU was, why things went so wrong, and what has been lost since its demise.