Interactive conference – War in Europe and our response 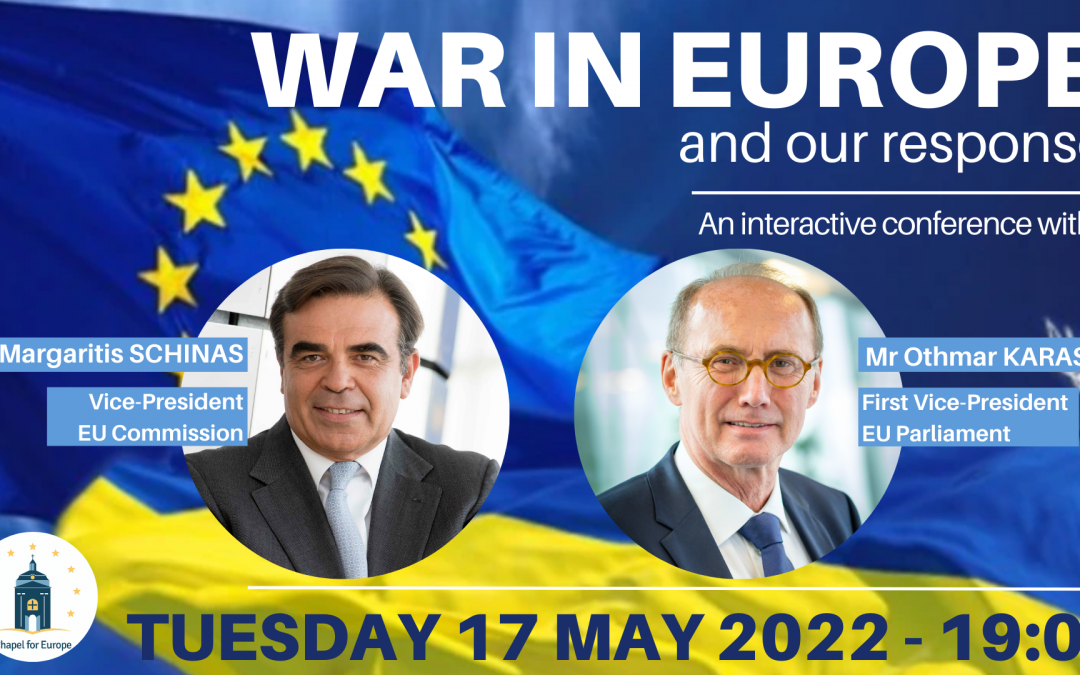 On 17 May 2022 at 19:00  the Chapel for Europe held an interactive conference with the participation of Mr Margaritis SCHINAS (Vice-President of the EU Commission) and Mr Othmar KARAS (First Vice-President EU Parliament), with the moderation of Revd. Sarah-Jane King (Anglican Chaplaincy in Leuven).

It was a very vivid discussion between the participants about the war in Ukraine, EU Solidarity, Democracy, Refugees, and the role of the EU, Churches and Faith-based organizations
Then the floor was opened to questions from the audience and the exchange was lively, personal and meaningful.

The speakers agreed among others that this unthinkable war, which is against democracy, human rights, and values needs a solidary response. Ukraine must be supported by all means. Several support packages for Ukraine have been released (financial help, refugees reintegration…) and the 6th sanction package against Russia (concerning the energy policy) is currently being discussed. From one side we see Europe at its best, from another side the negotiations among countries are not easy. However, the Union has to look for a common bill even if it has to pay a price. The politics should not only be economy-driven, it should be also values-driven. Also, a long-term European policy is needed to overcome nationalistic movements in the member states and to make the EU more efficient. Finally: the Christian religion cannot be used to support the war. There is nothing in Christianity that can justify this aggression.

At the end, both the speakers and the audience were invited to light a candle as a gesture of peace and solidarity with the Ukrainian people.

You can watch the whole video of the event below: